The 155th Anniversary of the Petrof Piano

After visiting the Petrof piano factory in May this year, I learned so much about Petrof's history and their passion for building high-quality pianos for music lovers.  I was grateful for the opportunity to visit their factory. Among all the beautiful pianos they made, what impressed me the most is their special edition "Ant. Petrof" WOW! No words can describe, but you must go try it.

While the first Petrof piano was not constructed until 1864, when the Petrof company was founded, its story began long before that. Antonín Petrof, the founder of the company, was born in 1839 and he traveled to Vienna to learn about pianos at the companies of Heitzman, Ehrbar, and Schweighofer in 1857.

This piano company is still going strong one hundred and fifty-five years later, with the family’s sixth generation being quite active within the company.  To celebrate this massive anniversary, Petrof has designed three new limited-edition pianos.  All three of them are called jubilee pianos and include The Stingray, Tiger Wood, and Walnut Root.
The Stingray is based on the extraordinary Petrof P 210 Pasat, which has always been the bestselling grand piano of the company. The dominant feature of The Stingray is the legs of the piano, which has an inlay of colored stingray skin on the top. This piano also features stingray shapes on much of the hardware, as well as the Petrof 155th Anniversary Emblem.

The Tiger Wood piano showcases a unique tiger wood inlay within the casework of the Petrof P 125 M1, which happens to be the company’s most popular upright piano. The exotic hardwood has a dark striped grain on an orange base that gives a rich and contemporary look to the instrument, as well as a durability that will last longer than a lifetime.

The Walnut Root piano is also a Petrof P 125 M1, but it features a walnut burl veneer inlay within the casework. This popular material is used due to the fact that no two pieces ever look alike, making each piano quite unique. This piano also has a walnut veneer on the front, giving it a rich look that is loved by many.

All three of these pianos were shown to visitors at the Frankfurt Musikmesse back in April of this year before being the center of attention at the Petrof Special Anniversary Event a few days later. It was at that event that more than one hundred and fifty distributors, dealers, suppliers, and artists from more than fifty countries flocked around these pianos during the celebration.

The Petrof piano is still one of the leading pianos in the world, which is evident by the fact that the company is still in business after one hundred and fifty-five years. While these three pianos are stunning, many people cannot wait to see what the company comes up with for their one hundred and seventy-fifth anniversary, as well as their two-hundred-year anniversary. 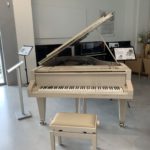 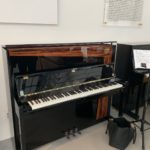 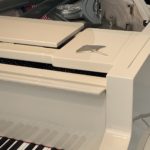 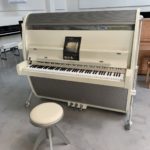 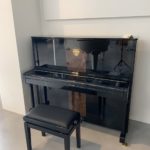 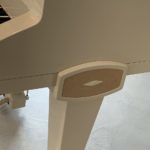 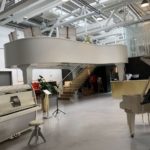